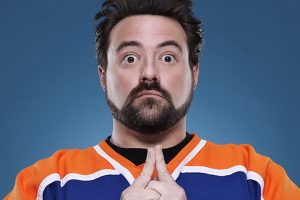 I have a bit of a problem when it comes to Kevin Smith projects. By projects, I am including any directing, writing, acting, podcast, whatever. I am a devotee. He cracks me up. Part of it is the fact that we are around the same age and have some of the same influences growing up, but most of it is that he is inspiring. He decided that he wanted to make a movie and he made a movie. Not a little homegrown flick on a camcorder, but a real honest to god movie.A movie that people saw and loved.

Added to this is the fact that Kevin Smith got me motivated to start being creative. Listening to one of his podcasts he challenged the listeners to stop being entertained and start being entertaining. I took him at his word. My one article a day challenge took the form of www.renoutfitters.com. Now, This Geeks World is proving to be much more of a collaboration and soon to have a podcast added to it as well.

Anyway. Here are my favorite Kevin Smith films. They have an order but the order changes and the movies on the list change and then he comes out with something new and then everything shifts around. Anyway… the list: 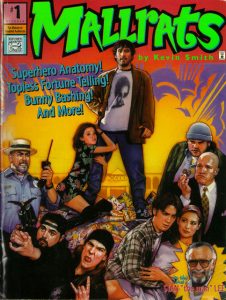 Mallrats – 1995 – This was the first K Smith movie that I ever watched. saw it in the theater – topless fortune telling gets me every time. I sat in the theater and I was amazed. This guy really got me. Comic books, dick and fart jokes, lots of profanity – it was everything I ever wanted to see in a movie all in the same movie. It was like we went back to a time when movies could be fun. Mallrats didn’t have to pick apart some part of pop-culture, it could just tell the story of a guy that broke up with his girl – went and met his buddy who had also just broken up with his girl – they go the mall – the get a couple of other guys to sabotage one of the ex-girlfriend’s father game shows.. it is a story that happens all the time in real life.

Stan Lee: You know, I think you ought to get him some help. He seems to be really hung up on super heroes’ sex organs. 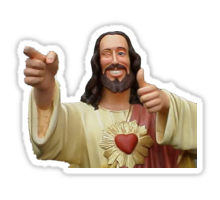 Dogma – 1999 – This probably is the best of them all. Being a person of faith, this movie works for me on a lot of levels. It pokes fun at the parts of Christianity that I have always laughed at the most. Dogma follows a descendant of Jesus’, her two protectors in the form of Jay and Silent Bob, the 13th disciple, a muse and the voice of God as they attempt to stop two fallen angels from unmaking the world. On the way, they encounter: a shit demon, Jason Lee as Satan and George Carlin as a Cardinalin the Catholic Church. It also brings us the Buddy Christ – finger gun, wink, thumbs up!

Rufus: He still digs humanity, but it bothers Him to see the shit that gets carried out in His name – wars, bigotry, televangelism. But especially the factioning of all the religions. He said humanity took a good idea and, like always, built a belief structure on it.
Bethany: Having beliefs isn’t good?
Rufus: I think it’s better to have ideas. You can change an idea. Changing a belief is trickier…

Clerks 2 – 2006 – I know that I should have Clerks in here instead of Clerks 2 but Clerks 2 is at the top of my list. Dante and Randal back together again! Add the magic of Elias and Becky and life is good. We get a taste of Jay and Silent Bob, a big musical number and a donkey show – what more could you ask for. The scene where Randal plays out all three Lord of Rings movies at one time is a particular favorite scene of mine.

Randal Graves: We were just killing time with those classes! One semester we took Criminology, for Christ’s sakes. What the fuck were we training to be, Batmen? 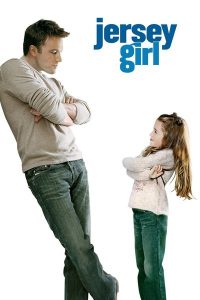 Jersey Girl – 2004 – I know this movie is hated and derided but I truly like it. I will watch Ben Affleck in anything – due was the bomb in Phantoms, George Carlin plays his father, Liv Tyler is the love interest. Nice plot and there is a lot of emotion and empathy. Ollie and Gertie’s scenes, in particular, make me roll a tear every time. There is something in the heartbreak that he is experiencing that plays on my emotions.Anyway, I like it and I don’t know what else to say. It is a good movie and does not deserve the flak of being a Benifer movie.

Bart: If Gertie could see the shit you’ve been pulling.
Ollie: Gertie can’t see anything, Dad. She’s dead.
Bart: That’s right, she is. But you ain’t. And neither is that kid. 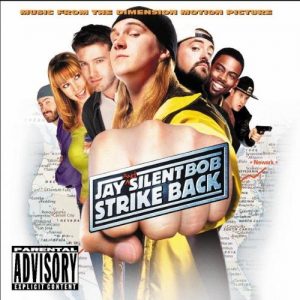 Jay & Silent Bob Strike Back – 2001 – DAMN! I don’t know that I have the words to explain how much I like J&SBSB or the ability to count the number of times that I have actually seen it. The cameos, the hijinx the dialogue. It was a fitting end to the Jersey flicks. I can put this movie on at any time and enjoy just as much as I did the time before. Think about some of the folks that make cameos or have roles in this movie: Will Farrell, Chris Rock, Jason Lee, Ben Affleck, Matt Damon, Jon Stewart, Mark Hamil and really more than I care to type right now.

Jay: What the fuck is the Internet?
Holden: The Internet is a communication tool used the world over where people can come together to bitch about movies and share pornography with one another.