Recently, I have been sharing my love of Ben Stiller with my nephews. Tropic Thunder and then the first two Focker movies. This got me to thinking about how many of Ben Stiller’s movies I own and how many roles he has made that are now a part of pop-culture. The list below is missing some of my favorites of his roles. I am throwing in an honorable mention at the end but realize that I like almost everything that Ben Stiller has ever done. So, here are the Top 5 Ben Stiller Movies. 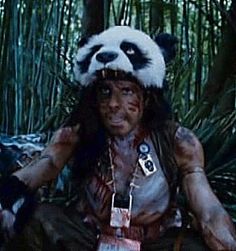 Tropic Thunder – Tugg Speedman – This is one of those go to movies. You can watch it over and over again and not get tired of the story, the cast or the dialogue. Stiller plays Tugg Speedman in this movie within a movie. He is the titular action star in Tropic Thunder. Stiller plays this vapid, almost brainless role well and it is one that he visits and revisits from time to time in his acting career. This weird, man-child send up to action stars is almost too spot on.

Tugg Speedman: Look, Kirk, no offense. I know you’re the big, fancy actor here, but I’ve done a lot more effect-driven films than you have and I think I can spot…
[Picks up Damien’s severed head]
Tugg Speedman: a prop head when I see one!
[People around him gag]
Tugg Speedman: It’s corn syrup, guys! Corn syrup and latex.
[Digs his fingers inside the head and gets a taste; gets disgusted look on his face]
Tugg Speedman: Warm… blood-flavored corn syrup. 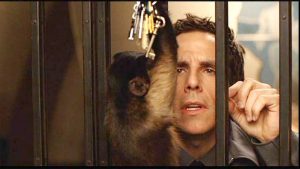 Night at the Museum – Larry Daley – Take the funny and the action and the cast of characters away from this role and you have one of the best dads ever in movie history. He cares about his kid, he is trying to do right for his son all the while getting caught up in the night’s activities at the museum. There are a couple of scenes in this flick that get me every time. Every interaction that he has with Atilla the Hun – just genius and of course the slap fight with the monkey. You can’t beat a disrespectful monkey in a comedy. 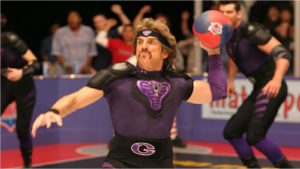 Dodgeball: A True Underdog Story – White Goodman – The only thing better than Ben Stiller in a leading man, protagonist role is Ben Stiller as an over-the-top villain. White Goodman’s stupidity and tongue-twisting dialogue bring all of Ben Stiller’s abilities as a comedic actor to bear. Watch the sheer joy on his face and how far Ben Stiller goes to sell this role. 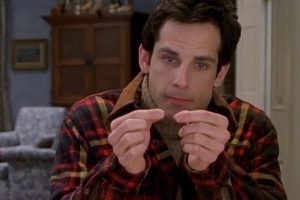 Meet the Parents – Greg Focker – This is one of my favorite rom-coms. Granted it is more rom then com but it is just a wonderful movie. It has held up well over time and is just as funny now as it was when I first saw it. Stiller and De Niro are outstanding together. Stiller trying to stay one step ahead of the Robert De Niro through the entire movie and the constant run of bad luck makes this a comedy of errors that is second to none. Look for Ben Stillers facial expressions throughout the runs of bad luck – genius and then, of course, the demonstration of milking his non-existent sister’s cat – nuff said

Greg Focker: Oh, you can milk just about anything with nipples. 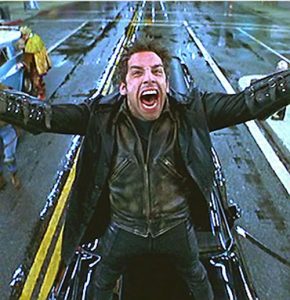 Mystery Men – Furious – Either you love this movie or you hate it. Me, I was sold from the trailer. Ben Stiller plays Mr. Furious – a superhero with a really bad temper. The cast in this movie really overshadows the plot and everything else about this film. The story line is not very deep but the characters and the actors make this premise work. Stiller losing it and attacking a car and basically exploring the high end of his temper could not have been the easiest thing in the world – Stiller make sit look easy.

Mr. Furious: They must have ripped the “Q” section out of my dictionary, ’cause I don’t know the meaning of the word “quit”.

If Ben Stiller is in a movie, I am there and I will watch it. He is also a temendous producer and has a very keen eye when it comes to projects both to act in and produce and direct. With his parents, it should really come as no surprise that he is as funny as he is but damn he is just a solid actor in general.

Heavy Weights – Tony Perkis -Love this movie. It is a bit of a quilty pleasure movie and I guess I hate to admit how much I like this kids movie but it is classic and something that I will stop what I am doing to watch if it happens to come on. Part of the glory that is Heavy Weights is Ben Stiller as the bad guy. Tony Perkis is the evil twin of Richard Simmons. He is a cruel Jane Fonda with a horrible attitude.

Tony Perkis: Attention campers. Lunch has been cancelled due to lack of hustle. Deal with it.