Why are their so many stars with disturbing parents? Is it the same percentage as us normal folk and their celebrity puts them in the public eye? Or are they more prone to having a lot more crazy and creepy because of their talent? Stars with Disturbing Parents:

Most kids from the 1990’s remember Thora Birch as the child actress in big roles in Now and Then and Hocus Pocus. She went on to become a successful actress in her teens in films like American Beauty with Kevin Spacey and Ghost World with Scarlett Johansson. However, she then dropped off the radar and the big reason was her father, Jack Birch. This guy is a real piece of work who could not keep out of his daughter’s career. On the set of Winter of Frozen Dreams, Jack Birch was present when his then 26-year-old daughter was filming a sex scene opposite Dean Winters. Mr. Birch reportedly even gave the actor a thumbs-up during the scene. Oh, and having porn star Carol Connors as a mother probably didn’t help much either!

Before Kim Kardashian was famous, she was an assistant to Nicole Richie, who was on “The Simple Life” reality series with Paris Hilton. After Paris released her sex tape, Kim released one as well with Ray J, her boyfriend at the time. Kris has definitely earned her title as “momager” who will stop at nothing to keep her family famous, including brokering a deal for the release of Kim’s sex tape. Forcing her family to sign endorsement deals and appearances when they do not want to is also something that is not beyond her as she acts as executive of her children’s fortune. 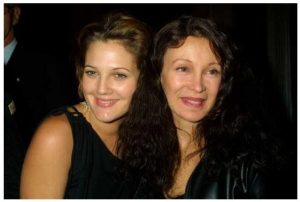 Jaid Barrymore is most famous for posing for Playboy in the 70’s. This awesome mom took her daughter Drew to the club, Studio 54, before the child could even walk. She taught her daughter how to drink alcohol at age 9, then led her to jump to cocaine at age 13. This was followed by Drew having two stints in rehab before age 15. In a 2014 interview with Marie Claire magazine she said “I’ve always been empathetic toward my mom, and I was even more so when I had a kid and we had a really amazing conversation about it,” Barrymore, 39, said of her mother Jaid. “However, it hasn’t enabled me to lessen the distance. It’s the hardest subject in my life. I’ve never just been angry with her. I’ve always felt guilt and empathy and utter sensitivity. But we can’t really be in each other’s lives at this point.”

Jessica Simpson’s father Joe Simpson has had his share of controversy. In a 2004 interview he was quoted as saying “She’s got double D’s! You can’t cover those suckers up!” Keep in mind that Joe Simpson is a pastor. After those comments about her breasts were reported Jessica claims that her father’s public comments regarding her breasts did not embarrass her. She added, “My family is extremely close. I talk to my mom about my sex life. That’s not something that creeps me out.” To each their own! Not sure which is weirder, him saying it or her thinking that it’s perfectly normal.

Talk about a strange family. Billy Ray Cyrus was on set during the Vanity Fair shoot where his teenage daughter and Disney star went topless, covering herself with a sheet. Billy Ray is quoted as saying “I think it’s really artsy. It wasn’t in a skanky way (LOL!)…And you can’t say no to Annie Leibovitz. She’s so cute. She gets this puppy dog look and you’re like, ‘OK’.” If that wasn’t enough, that particular magazine spread has a rather conspicuous photo of the father-daughter pair, with Miley sprawled out on her dad. 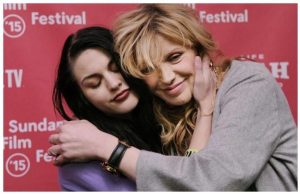 Courtney Love readily admits that she is a junkie who was using heroin when she was pregnant with Frances. Courtney claimed that Kurt Cobain’s Nirvana bandmate Dave Grohl tried to molest Frances, to which the fed-up daughter replied, “While I’m generally silent on the affairs of my biological mother, her recent tirade has taken a gross turn. I have never been approached by Dave Grohl in more than a platonic way. I’m in a monogamous relationship and very happy.” Courtney lost custody of her daughter in 2009 and Frances Cobain got a restraining order against her.

Michael Lohan is one of the most diabolic celebrity parents ever. From the multiple arrests for domestic battery to the press conferences he holds to alert the media that Lindsay abuses prescription pills, he is the epitome of the disturbing parent. It doesn’t stop there. He repeatedly releases comments on how Lindsay is under the influence of drugs and needs help. Mr. Lohan has also released private phone recordings between himself and Lindsay to the press, all in the name of “helping” his daughter. If there ever was a person desperate to stay in the public’s eye and on the news it is Michael Lohan. Here is one of the best family photos ever.