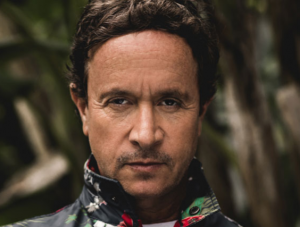 Paul Montgomery Shore (born February 1, 1968) is an American actor, comedian and filmmaker is best known for his roles in several comedy films in the 1990s. Shore began as a stand-up comedian at the age of 17, before becoming an MTV VJ in 1989. This led to a starring role in the comedy film Encino Man in 1992, which was a modest hit. Roles in other films followed, including Son in Law (1993) and Bio-Dome (1996).

Pauly Shore was part of my childhood. I wore out his first comedy album. I watched his movies over and over and over. He was The Weasel, he was funny, and he is still around.

#5 Jury Duty (1995) – When jobless Tommy Collins discovers that sequestered jurors earn free room and board as well as $5-a-day, he gets himself assigned to a jury in a murder trial. Once there, he does everything he can to prolong the trial and deliberations and make the sequestration more comfortable for himself.

#4 Pauly Shore is Dead (2003) – Hollywood comedian/actor Pauly Shore loses everything: his house, nobody in Hollywood wants to represent him, he moves back home with his mom and is now parking cars at the Comedy Store. Then one night when he’s up in his mom’s loft, a dead famous comedian appears who tells Pauly to kill himself cause he’ll go down as a comedic genius who died before his time. Pauly then fakes his own death, and the media goes crazy.

#3 Bio-Dome (1996) – Bud and Doyle are two losers who are doing nothing with their lives. Both of their girlfriends are actively involved in saving the environment, but the two friends couldn’t care less about saving the Earth. One day, when a group of scientists begin a mission to live inside a “Bio-Dome” for a year without outside contact, Bud and Doyle mistakenly become part of the project themselves.

#2 Encino Man (1992) – High school misfits Stoney and Dave discover a long-frozen primeval man buried in their back yard. But the thawed-out Link—as the boys have named him—quickly becomes a wild card in the teens’ already zany southern California lives. After a shave and some new clothes, Link’s presence at school makes the daily drudgery a lot more interesting.

#1 Son in Law (1993) – Country girl Rebecca has spent most of her life on a farm in South Dakota, and, when she goes away to college in Los Angeles, Rebecca immediately feels out of place in the daunting urban setting. She is befriended by a savvy party animal named Crawl, who convinces the ambivalent Rebecca to stay in the city. When Thanksgiving break rolls around, Rebecca, no longer an innocent farm girl, invites Crawl back to South Dakota, where he pretends to be her fiancé.