Before I start in on this game, let me explain that I am completely impressed with what Hello Games has accomplished. A client-side, built on the fly game this big is amazing. The beauty of the game, the way that they have captured the emptiness of space, the fun of exploring something new that no one including the developers have seen before – really astounding. Imagine the fun of exploring in Minecraft and having endless planets to explore – also, no zombies or skeletons to fight – at least none I have found yet. Add to that the ability to jump in your spaceship and fly around. A much prettier Minecraft. A Minecraft that looks like a cut scene while you are playing it.

Now, I got No Mans Sky the weekend after release. I popped the disc in and waited for the download and then got ready to play. There I am on a planet. My ship is busted and I have to rebuild parts of it to leave planet. The controls and the functionality are easy to pick up with a few prompts on the screen. I am roaming the planet finding the material I need and repairing various things on my ship, refueling said ship and getting ready to slip out of gravity.

Finally, my spacecraft is fixed and I am ready for my first flight. I point the nose toward the heavens and burst through the atmosphere. A quick trip to the space station and then I start onto the game proper.

Am I playing World of Warcraft again?

What we all should have expected…

I know that I am over simplifying the game. I am missing the nuances. I am glossing over the glossy – this is a freaking beautiful game. I am not saying that No Mans Sky is a bad game, but I am saying that the thing that made everyone excited – the immensity, the big-ness, the sheer fact that the “did” it, might be the problem. They have captured the loneliness of space exploration and in this case that is not a good thing. Red Dead Redemption captured the old west or at least a spaghetti version of the old west and we were interacting with the story. We loved it. No Mans Sky lets you slide into the skin of a space explorer but you might find that you don’t like the feeling of walking a mile, miles, many many miles in those shoes. The idea of learning about the alien species and learning their languages sounds amazing. Not as much as you might think. One word at a time becomes very boring. Where is my Babble Fish?

All of that being said, check the game out, realize that they are going to be making updates and that hopefully one of those updates might fix the loneliness aspect of the current version of the game. Play No Mans Sky for what it is – the biggest space exploration game ever made, but don’t forget that it is exactly what they told us. If you don’t like it, you probably were expecting something different fro Hello Games from the get go.

I have slid back down the rabbit-hole that is Fallout 4. My wife currently refers to No Mans Sky as a screen saver. I am not saying she is wrong. I am waiting for the first DLC. 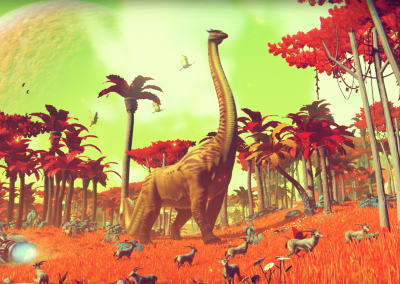 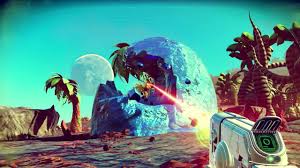 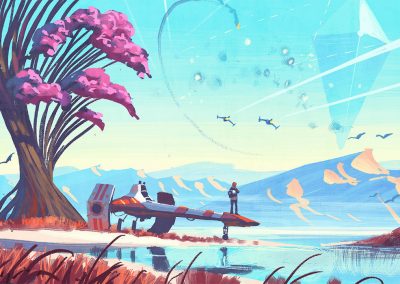 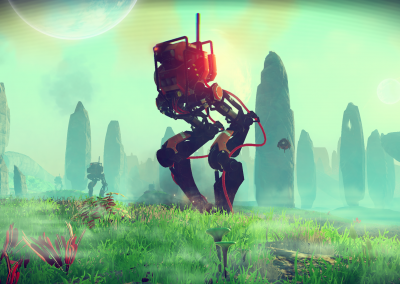 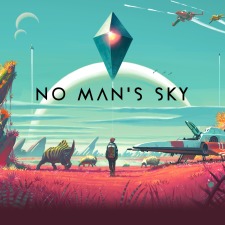