Neck-Deep in a Long Box

Go get Neck-Deep in a Long Box! I mean it. I cannot tell you the number of hours I spent, as a kid, digging through back issues in long boxes no matter where they were. Digging through long boxes at a comic book store was one of my favorite activities as a young comic book collector. 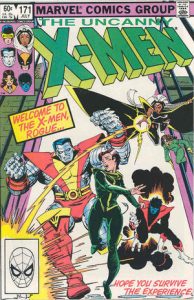 The first comics that I ever got, at least that I remember getting were out of the Sears catalog one year for Christmas. Back then, you could get a stack of 50 comics for very little money. I saw the ad in the Sears wishbook and it was on my list to Santa. Christmas morning, I woke up to see this stack of 50 comics. In that stack of comics, from every publisher under the sun, was one comic in particular that really captured my imagination: X-Men 171. For those of you that are not in the know, this is the issue where Rogue joins the X-Men. As I read this story, trying to figure out who all the characters were, I noticed these little notes in the panels. In case you are not aware, these were the citations to other comics, explaining the connections. These foot-notes drove me crazy. I wanted to know who these characters were and why they didn’t want this new super-hero to join the X-men. And who the hell was Carol Danvers?

Those comics stayed around my room for a few years. They were not bagged or boarded. I didn’t even know what bags and boards were at that point. I read them and re-read them. I bought the occasional unconnected issue from the local drug store where my dad was the manager. At that point, the covers of comics drove me to buy not necessarily the content inside the book. Fast forward a few years and my sister is going to college at Mississippi State. She is in class with a guy that owned a comic shop with his brother. It was called Gun Dog Comics and they operated out of their parent’s dog supply company. This was the first comic shop that I ever went into. I was hooked.

The best part about a comic book shop, besides having your own pull box (this is the box where they put al of the comics you subscribe to), is the rows and rows of long boxes containing back issues. Back issues were always my jam. I have been the person sitting in the comic store saying: got it, got it, got, need it, got it, got it. The problem with comic books is the fact that the back issue prices can range from expensive in the long boxes to the extreme if they have become wall books (more on that later). 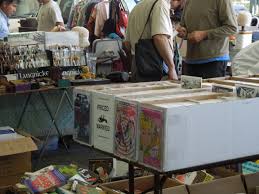 To defeat the comic shop back issue price conundrum, I began to explore other avenues to expand my collection. My favorite avenue for this was the dirt mall, or flea market is you prefer. I have always been a fan of the flea market but when i started really collecting comics, this became my go to when I was on the hunt. I had a notebook with me collection listed out and I would pile through the long boxes at any flea market I could find looking for comic book gold. Found it a few times as well.

I think this is the part of the digital comic book revolution that makes me the saddest. Young comic collectors today will not know the fun of digging through long boxes like I did as a child, a young adult and a grown man. There is a lost art in the hunt of completing a collection and it makes me sad. So, here is my challenge to you, avid reader, go get neck-deep in a long box. Dig through the $1.00 box at your local comic store or venture into the dirt mall down the street and start checking out long boxes. You might be surprised what you would find.