As of today, Josh Brolin is Cable. 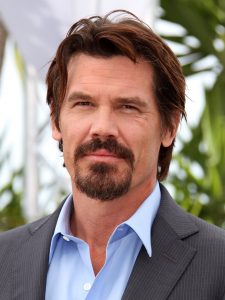 Just in case you missed the wonderfulness of this statement… Josh Freakin Brolin is Cable.

Now, in case you missed it, Josh Brolin has been acting in Hollywood for a long time. He was a huge part of my childhood, appearing in one of my favorite all time movies: The Goonies. I will be honest though – he kinda dropped off my radar, even though he was still working, until he popped up in Planet Terror in 2007. After 20+ years, Brand from the Goonies had gone and grown up. What replaced him was a leading man that was ready for anything that Hollywood threw at him.

Some of my favorite Brolin flicks: 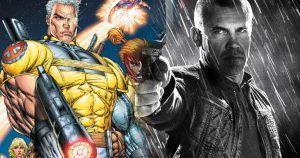 Down to business. When you see Josh Brolin next to images of Cable it seems like such a no-brainer. How did we ever think of anyone else playing this role? He has the look. Ryan Reynolds has a few inches on him in height but I think Brolin will look bigger as Cable. And Brolin definitely has the ability to play the straight guy to Reynolds Deadpool.

I never thought as a comic book collector back in the day digging through long boxes at the comic shop that I would see a Deadpool movie, much less a second Deadpool movie with Cable. Now Brand from The Goonies is playing Cable. Such a wonderful world that we live in.