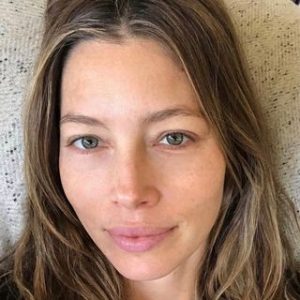 Jessica Claire Timberlake (born March 3, 1982) is an American actress, model, producer, and singer. Biel began her career as a vocalist appearing in musical productions until she was cast as Mary Camden in the family drama series 7th Heaven (1996–2006), in which she achieved recognition. The series is the longest-running series that aired on The WB channel and the longest-running family drama in television history.

In 2017, she was the executive producer and star of the USA Network limited drama series The Sinner, for which she received nominations for a Golden Globe Award and a Primetime Emmy Award for Outstanding Lead Actress in a Limited Series or Movie.

#5 Total Recall (2012) – Welcome to Rekall, the company that can turn your dreams into real memories. For a factory worker named Douglas Quaid, even though he’s got a beautiful wife who he loves, the mind-trip sounds like the perfect vacation from his frustrating life – real memories of life as a super-spy might be just what he needs. But when the procedure goes horribly wrong, Quaid becomes a hunted man. Finding himself on the run from the police – controlled by Chancellor Cohaagen, the leader of the free world – Quaid teams up with a rebel fighter to find the head of the underground resistance and stop Cohaagen. The line between fantasy and reality gets blurred and the fate of his world hangs in the balance as Quaid discovers his true identity, his true love, and his true fate.

#4 Elizabethtown (2005) – Drew Baylor is fired after causing his shoe company to lose hundreds of millions of dollars. To make matters worse, he’s also dumped by his girlfriend. On the verge of ending it all, Drew gets a new lease on life when he returns to his family’s small Kentucky hometown after his father dies. Along the way, he meets a flight attendant with whom he falls in love.

#3 The Illusionist (2006) – With his eye on a lovely aristocrat, a gifted illusionist named Eisenheim uses his powers to win her away from her betrothed, a crown prince. But Eisenheim’s scheme creates tumult within the monarchy and ignites the suspicion of a dogged inspector.

#2 I Now Pronounce You Chuck & Larry (2007) – Firefighters Chuck Ford and Larry Valentine are guy’s guys, loyal to the core—which is why when widower Larry asks Chuck to pose as his gay lover so that he can get domestic partner benefits for his kids, his buddy agrees. However, things get dicey when a bureaucrat comes calling, and the boys are forced to present a picture of domestic bliss.

#1 Hitchcock (2012) – HITCHCOCK follows the relationship between director Alfred Hitchcock and his wife Alma Reville during the making of his most famous film, PSYCHO, and the trials and tribulations the director faced from Hollywood censors.