HBOs The Last of Us made the Scariest Zombies even More So!

I don’t know how but HBOs The Last of Us made the Scariest Zombies Even More So! They made science a little deeper and a lot darker. By combining the real science and the storyline of the video game, the HBO mini-series has a darker stance on the post-apocalyptic world. Certainly, folks that loved the game are going to love the series but I think we might all find the truth that the writers are laying down a completely different take on the game. Don’t assume that the TV show is going to just replicate the game. Don’t assume that everything and everyone is going to behave exactly as they did on your playthrough. Do realize that is as close to the game as you are going to find and that so far, one episode in, it is staying true to what you know.

There are spiilers below and in the article so please do keep that in mind if you have not watched the show yet. The Last of Us will be airing on HBOMax. It first aired on January 15, 2023 and they will be dropping an episode each week. Right now, Wikipedia has this listed as a 9 episode series. My love for this game really makes me want to hope that HBO has balls enough to dive in to Part 2, but that remains to be seen.

Original Story From The Nerdist – to read it click here – Nerdist 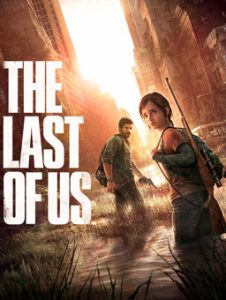 One of the many things that makes the The Last of Us video game special is that it features the most realistic zombie outbreak in pop culture. The actual science of the Infected— victims of a mutated parasitic fungal Cordyceps infection—is why The Last of Us‘ monsters are also pop culture’s scariest. They’re grounded in a real natural phenomenon, and, therefore, believable, in a way their sci-fi counterparts aren’t. But HBO’s new live-action adaptation opened with an unexpected scene that not only expanded on the franchise’s science-based horror, it made it more terrifying than ever. The Last of Us show made its zombies far more chilling by making their creation far more timely.

HBO’s The Last of Us began not with the nightmarish Cordyceps outbreak of 2003, but with a 1968 talk show where two epidemiologists discussed the threat of a global pandemic. We all know what it’s like to live during such a deadly event. But the scene didn’t focus on the dangers of a virus. Dr. Newman said that while a viral pandemic might kill millions of people, ultimately humans would win. Millions might die in the war, but ultimately our species defeats all viruses. The microorganism that worries him is fungus.

Sure, “Fungi seem harmless enough,” he said. “But many species know otherwise, because there are some fungi who seek not to kill but to control.” And that’s when things got really scary on The Last of Us.

Dr. Newman discussed how some fungi, like the kind used to make LSD, can alter our minds. But while that’s a specific, temporary drug made by humans for their own consumption, there are types of fungi that are far more monstrous. A fungus-like Cordyceps, The Last of Us explains “turns creatures into a marionette, controlling its behavior before it starts to devour the host from within.” What awaits the victim is a fate worse than death, though. The fungus doesn’t kill its victim, as there’s no actual decomposition. Just as we get penicillin from fungus, fungi can keep its host from decaying. And it wants its host alive.

This is the real science behind the video game franchise. The zombie-like Infected of The Last of Us suffer from a mutated Cordyceps invasion that seeks to consume all mankind. It uses human hosts to expand on its mission. If HBO’s show had simply explained all of that and nothing more, it would have still delivered pop culture’s most realistic, most horrifying zombies. But where the video games never offer a “how” and otherwise harmless fungus destroyed mankind, the TV show provided an explanation that hits close to our own current world.

The other epidemiologist scoffed at Dr. Newman’s fears, and not without reason. As Newman admitted, fungi can’t survive in hosts whose internal temperature is above 94 degrees. That’s why they aren’t a threat to humans and our higher body temps. But Dr. Newman provided the exact scenario where fungi would pose a threat to humanity. And it’s a scenario that sounds far too plausible. “Currently, there are no reasons for fungi to evolve to withstand higher temperatures,” he said. “But what if that were to change? What if, for instance, the world were to get slightly warmer? Well, now there is reason to evolve,” he added. And if any of those types of real, mind-controlling fungi mutate? They could “become capable of burrowing into our brains and taking control” of billions, he explained. “Billions of puppets with poisoned minds permanently fixed on one unifying goal: to spread the infection to every last human alive by any means necessary.” Don’t expect a miracle vaccine to save the day, either. “There are no treatments for this, no preventatives, no cures,” Dr. Newman said, “They don’t exist. Its not even possible to make them.”

And what happens if the world gets warmer and a deadly fungus evolves to the point it can take over a human body? “We lose.” We lose everything and everyone.

Our planet is getting warmer, and—if we haven’t already—could soon hit a tipping point of no return. What will a warming planet mean for humanity? How bad will things get? How unlivable might we make our only home because we refuse to save ourselves from ourselves? Will we run out of fresh water? Will sea levels continue to rise so high we don’t have enough livable land to go around? Might vital crops wither and die in the heat while more severe storms ravage dated infrastructure? Just how bad will things get? And how many of us will die while the few survivors fight each other for scant resources?

And those are just the outcomes we can anticipate. Surely there will be consequences we won’t see coming. Could that include how a microorganism, one previously harmless to humans, will adapt to survive a changing world in a way that dooms humanity, just like on The Last of Us?

Here is to hoping that you agree that HBOs The Last of Us made the Scariest Zombies even More So!