Where did all the good commercials go?

I was flipping through the Netflix the other day and ran across Video Games: The Movie. It was a really good documentary on the history, purpose, and culture of gaming. While I was watching it the Atari issue of E.T. The Extraterrestrial The Game was brought up. If you don’t know what I’m referring to Google it. There were games being buried remotely in the desert, cover-ups. It was madness. While they were discussing that game they showed the commercial that Atari ran for the game which was debuting at Christmas in 1982. This was a classic style teaser commercial for a video game. A structure that was used for many games to get kids attention. And that’s when I realized that those commercials were gone and I had no idea when it happened and why.

In the 80’s and 90’s even though technology was changing the way that most commercials, aimed at kids, were presented was pretty basic. A fun jingle related to the product, scenes involving the characters the commercial revolved around, and then the fun announcer guy would say when the product would be and / or is available and where. Pretty straightforward, right? I know. Why did it change? When did it change? Why is time travel not a thing yet? Those commercials could sell us everything from a SuperSoaker to a video game that our parents *technically* had to buy for us named Mortal Kombat – #Badass. I remember watching and succumbing to everything from Masters of the Universe toys, Bubble Tape Gum, My Little Buddy, Batman The Movie toys, freakin’ LiteBrite, the list goes on and on. Needless to say the people marketing to me did their job well. Really, really, ultra-efficiently well. I go back and watch some of those commercials on Youtube now and it’s still the same, take all my money.

So what happened? When did commercials start to suck? When did I become uninterested? The fact that I’m a 34 year old geek has nothing to do with me not having any interest in the things those commercials are selling. When I was a kid, I had no interest in the girl’s toys that my sister played with but I remember the commercials for Skip-It, Polly Pocket, and My Little Pony. The commercials now don’t mean anything. The kids don’t seem to pay attention and they aren’t catchy. Maybe it’s the fact that there aren’t devoted segments of the television day that belong to the kids on the main networks, ex. Fox Kids Network everyday from 3 to 5 and every saturday morning from 6 freakin AM until noon. Kids today haven’t lived because they don’t have this joy. Some of the toy brands still have the commercials down like Lego and Crayola but nothing else aside form that d@mn Chuckie Cheese seems to stick with my kid or me. Also could be that kids toys now just suck. A lot of the toys don’t look fun. They look like current, rehashed, AKA bad versions of the things we played with but with less playability and less interest-keeping ability. 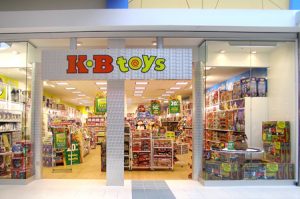 Another issue is that toy stores aren’t really a thing anymore aside from Toys R Us. In the 80’s and 90’s toy stores were the amazing, never-ending aisles of hopes, dreams, and choking hazards. Everything we saw advertised in the best commercials ever were available at our fingertips in our local toy stores. Mine was K.B. Toys. Oh the hours spent browsing looking for the things I saw in those amazing commercials while I hummed the theme from the X-Men or GI Joe ( the real American hero!!). Sing it. You know you want to. So as the toy stores disappeared and just became part of Wal-Mart and Target so went the good commercials put out by the actual toy stores to draw you in and take your money. I just realized they were toy pimps. Wow. 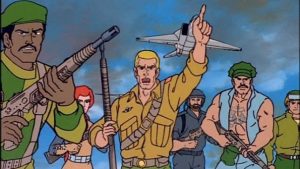 Am I looking through rose-colored lenses or did we (20’s – 40’s age range) live in a massively awesome time for cool stuff and awesome television including commercials? Yes to both. I’m sure the stuff put out for kids today is fine and I’m just being partial to my own childhood but screw it. I don’t care. It was awesome and I’d do it again right now. K.B Toy Store here I come and bring on the brain-melting fun of the Nintendo Virtual Boy because, to steal a line from the commercial for Back to the Future, I GOTTA GET BACK IN TIME!! Yo Joe, fools.