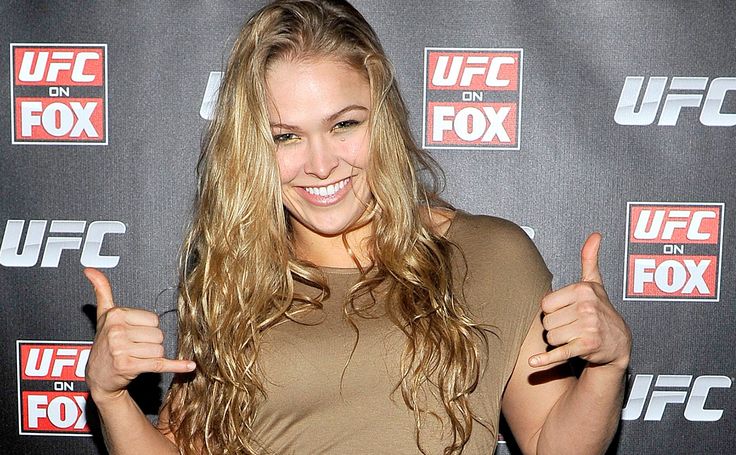 by Matt | Beyond Geek, Featured, MMA

How can such a sexy beast be such, well a beast! Ronda Rousey is an inspiration and always amazing in everything that she does.

Needless to say that Ronda Rousey has taken the UFC by storm and has quickly become the face of what has traditionally been a male dominated sport. She is the complete opposite of what you would expect a UFC fighter to be. When you think of boxers or Martial Artist not too many pretty faces come to mind. Most of us when we hear of female fighters we automatically think of a big burly Russian chick that looks like Draco from the Rocky movies.

But Ronda is the antithesis of all things competitive fighting used to be. Not only is she a knock out in the ring but is a total knock out as a woman. She has a record of 12-0 with only one fight lasting more than 1 round and 9 of the 12 bouts lasted less than 1 minute. This statistic is amazing male or female.

To say that she is a phenom is putting it lightly. She holds the Featherweight and the Bantamweight UFC Championship belts.

Ronda Rousey was the first U.S. woman to earn an Olympic medal in Judo at the Summer Olympics in Beijing in 2008. In 2015, Rousey was ranked number one of fifty Most Dominant Athletes Alive. Rousey is the consensus #1 pound-for-pound female MMA fighter in the world, according to MMARising, MMAWeekly, and other publications. She is ranked #1 at 135 pounds according to the Unified Women’s MMA Rankings. Fight Matrix lists her as the #1 Current Women’s MMA Bantamweight Fighter, the #1 Current Pound for Pound Women’s MMA Fighter, and the #1 Women’s MMA Fighter of all time. As of June 20, 2015, she is the #4 pound-for-pound fighter in the UFC.

She has also had a feature role in the Expendables 3 film and also appeared in Furious 7 and Entourage. She also has a role in the upcoming film, Mile 22, and is featured in multiple commercials. In her personal life she is very conscience of her image.

Rousey appeared nude on the cover of ESPN The Magazine’s 2012 Body Issue and in a pictorial therein. Touching upon the strategic cropping, poses, and arm placement used in the photos to make them less revealing, Rousey explained: With all these ring girls posing fully nude– all of this goes back to advice my mom gave me…. She said, ‘Look, whatever pictures you put out there are gonna be out there forever, so just think, whatever you want your son or daughter, or even your 13-year-old little sister to see, keep that in mind.’ So, whatever I’m not gonna show on a beach, I’m not gonna show in a magazine.

Rousey was formerly a vegan, but describes her current diet as “kind of a mix between a Paleo and a Warrior diet”.

She originally opposed using the nickname her friends gave her, “Rowdy”, feeling it would be disrespectful to professional wrestler “Rowdy” Roddy Piper. After meeting Piper through Gene LeBell, who helped train both of them, Piper personally gave his approval. Rousey dedicated her successful title defense at UFC 190 to Piper, following his death in July 2015.

She currently has an upcoming bout on November 14th against Holly Holm in Australia. Ronda Rousey has announced some disappointing news though. She says she has no plans to continue fighting into her thirties. The one thing she says she needs to do in order for her to feel like her career is complete is to go up against Cris “Cyborg” Justino. Justino would have to drop some pounds to get down to Ronda’s weight class. Ronda was quoted as saying “If she never steps up, I’ll know,” Rousey said. “I’ll probably go on a little longer waiting for her [to drop in weight], see if she shows up sooner rather than later. I don’t know how much longer I’d go.”

“I don’t want to be fighting in my 30s,” Rousey said. “By 30s, I mean 31, 32. “If you’re actually 30 years old, that’s not 30s — that’s 30. Once you add into 31, that’s 30s, plural.” Well we can all hope that this happens for Ronda Rousey. With such a talent and remarkable career it would be a shame if she left the ring with a feeling that she didn’t do everything that she could before she retires. 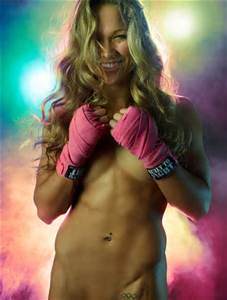 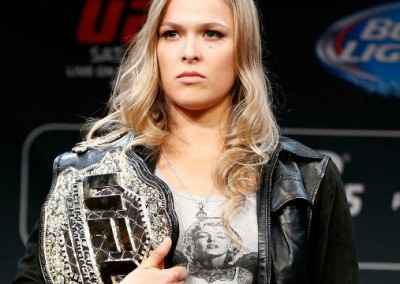 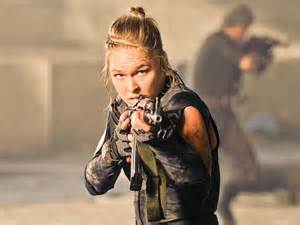 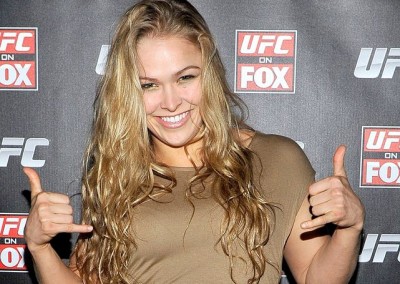