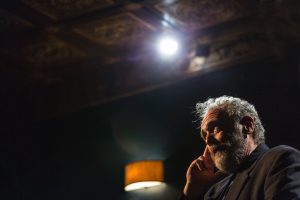 Call Me Lucky is a 2015 documentary about Barry Crimmins. This is his story. The good the bad and the ugly of his life. I added this doc to my queue on Netflix because Bobcat Goldthwait was involved. The first half covers his comedy career – his comedy club – this comedian that should have had a ‘bigger’ career. Then the story delves deeper into Barry Crimmins and his past and you find that he had a huge career – a life impacting career as an activist: a political activist and a social activist. 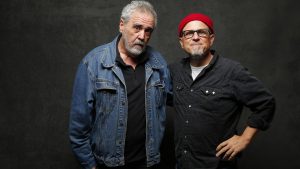 I hate to admit that I didn’t know who Barry Crimmins was. I am a stand up comedy fanatic but it amazes me how there are so many that are great comedians that you just never hear about. Barry Crimmins is one such comedian. You get to see sections of his sets in this doc and he is a truly funny guy. But at the same time you get to see his soul you get to see the good in him. This guy, this artist, this compassionate individual was damaged as a kid and used that damage to help people. He used the pain in his past to fuel his career and his thoughts on life, politics and social injustice.

Well, there’s a couple of things I really still feel I have to accomplish, and if I do I think I’ll be able to put my little tile in the grand mosaic of life. And those two things are, of course, I’d like to overthrow the government of the United States, and I’d like to close the Catholic church. – Barry Crimmins

I heard about this documentary from a podcast. I don’t remember which one, but I do know that it had Bobcat Goldthwait on it. It was circa 2015 and he was promoting Call Me Lucky and talking about putting it together. I added it to my “To Watch” list in the back of my head and promptly forgot about it until i saw it run across my feed on Netflix. You would have thought that I would have remembered from the interview what it was about, but honestly, I didn’t remember the depth of the story. 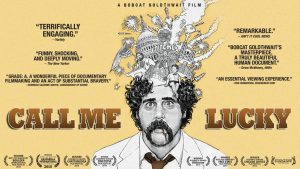 He gives a voice to all of those moments that you have when you can’t articulate your anger at this entity at the injustice in the world… he is a reminder that you do have power. – David Cross

He is an advicate for peace – for rights – for life – for people. You want to feel like one person can change the world. Watch Call Me Lucky. Life changing.