This Ain’t Your Daddy’s Freebird 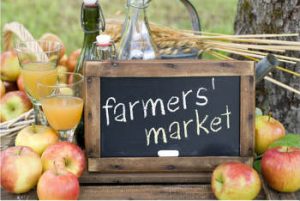 It never fails, I’m walking through a farmers’ market and I hear someone in a hushed tone say ‘oh my god, did you see how much that (fill in the blank) was?’  Usually, it is because of an $18 hen, $8 dozen eggs, or a $38 New York strip.  These prices seem excruciatingly excessive as compared to your local Squiggly-Dixie Mart, and in some jurisdictions maybe it is. Historically speaking, however, there is a very good reason why Americans, until recent decades, ate meat on very rare occasions…..because before Big Agra it was flip’n expensive. But don’t be fooled by the hype, this ain’t your daddy’s Freebird – this bird has enough flavor to cover the cost.

When was the last time you got up at 3am to the business end of pregnant cow to help deliver a calf?  Farming sucks my friends, at least as compared to the climate controlled, direct deposit, chill job you probably have sitting behind a desk.  And let’s be fully transparent- I’m a desk jockey of late, and frankly I’m happy to be back on the doll after 10 years of living the entrepreneurial dream with highs and lows.  But I digress…..as I’m getting ready for my paid vacation. 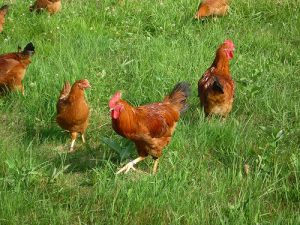 Those chickens!  Those glorious worth every penny insanely priced chickens!  We’ve all seen the rather horrid videos of Big Agra chicken coops where disfigured mutant breasted birds await their day of release from the cruel, cruel world to stock our grocer’s shelves and freezers- let’s set the issue of commercially raised animals aside as I’m not here to play Jiminy Cricket to your Pinocchio.  I’m talking about TASTE.  In this sense, grocery store chickens and tomatoes are right there together in the same boat.  They don’t taste like anything.  I personally find it ironic that, due to necessity, I once believed it perfectly acceptable to put chicken bouillon in a chicken-based dish.  We’ve collectively traded flavor for bulk and in doing so have created an industry that has cut every corner imaginable in order to afford us a four dollar Squiggly-Dixie bird.

Now that $18 hen, on the other hand, is a virtual gold mine of flavor.  A good farm bird will come with neck and innards; maybe even feet.  All of these parts make for delicious sauces and stock and let’s face it, if you’re spending 18 bucks on a bloody chicken you should damn well find every way imaginable to make use of its pieces-parts.  One of my favorite preps for a good quality bird happens to come from Ina Garten’s 40 garlic clove roasted chicken recipe, though I tweak of course for personal taste.  One of those tweaks is roasting atop fingerling (or small reds) potatoes, carrots, and whatever kind of mushroom I find that looks good.  Roasting, of course, will cause the bird to render most of the fat reserves as well as a lot of au jus. Nestled among the potatoes and such in the roasting pan I place the innards.  After that perfectly golden bird is done and removed from the pan to rest on the carving board, remove for serving alongside said bird all but a small handful of the potatoes, carrots, garlic, mushrooms, together with the au jus and innards- transfer these bits and liquid to a blender (an immersion blender is perfect for this) and pulse till smooth.  You will be left with a sauce that would have provoked even Julia Child to exclaim ‘C’est Formidable!’ between gulps of burgundy. 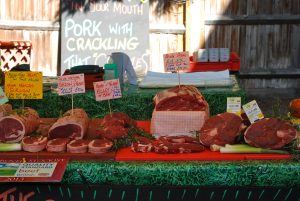 But wait, there’s more.  After consuming the flesh or your bird, save those bones and carcass.  Roast them on their own till browned and you’ve got the beginnings of a fantastically rich chicken stock when boiled.  Personally, I’m too impatient and there is always that hard to get-at meat still attached, at which point, especially in winter, I will throw a left over carcass in a stock pot and make a quick chicken noodle and vegetable soup.

A bird like that should be savored.  Every single delectable bit.  With thought and care an $18 bird can not only give you one hell of a great supper but effectively enhance at least two to three others.  Oh and that neck, chop it off put it in a freezer bag and save it till the next time you’re making most any type of soup; vegetables, beans, lentils, you name it.  You’ll be wowed by the bump in richness that a good ole country chicken neck will add- I’ll caution you on cooking it for too long as it will fall apart and then you and your supper guest will be spitting out vertebrae spoonful after spoonful throughout the soup course.  Small price to pay however.

If you still aren’t convinced, think of it this way: you’re going to buy a chicken anyway so the other 12 bucks is a donation to cool ass farmer trying to make a decent living and treating his animals with respect.